Endgame, the leader in endpoint protection, today announced its latest release is the industry’s first to provide protection parity across Windows and macOS.

Endpoint security vendors have traditionally focused on developing Windows-based defenses, thanks to its large enterprise install base. But with over 80% of hackers leveraging social engineering in cyber attacks, and users accessing email, chat, and social media from a variety of platforms beyond Windows, it’s clear that organizations need solid endpoint security across every OS in their environment.

“The growth in macOS adoption has been followed by an increase in APT attacks targeted at these users. Endgame is the first company to focus on advanced protection techniques across MITRE ATT&CK on macOS, allowing security leaders to stop damage and loss across this escalating risk vector,” said Mike Nichols, VP of Product at Endgame.

Last year, Endgame released the industry’s first autonomous, tamper-resistant agent protecting online and disconnected Mac endpoints from attack. Since the release of its Mac agent, users have benefited from unparalleled visibility into their Mac endpoints, industry-best signatureless malware prevention, and the ability to respond to threats instantly. Endgame subsequently expanded those protections to include kernel-level host isolation and now provides users with malicious file quarantining and Reflex™ preventions, which enable users to prevent malware and non-malware macOS threats across the entire ATT&CK matrix.

Key features of Endgame for macOS include:

Highlights of #SpirePower at GITEX 2022! Spire to provide eSentire’s award-winning 24/7 Managed Detection and Response an... Spire Solutions will showcase the triad of digital, data, and cybersecurity at GITEX 2022 Companies to showcase solutions and joint capabilities at GISEC in UAE from Marc... Together, the companies will give teams in the Middle East & Africa and Indi... 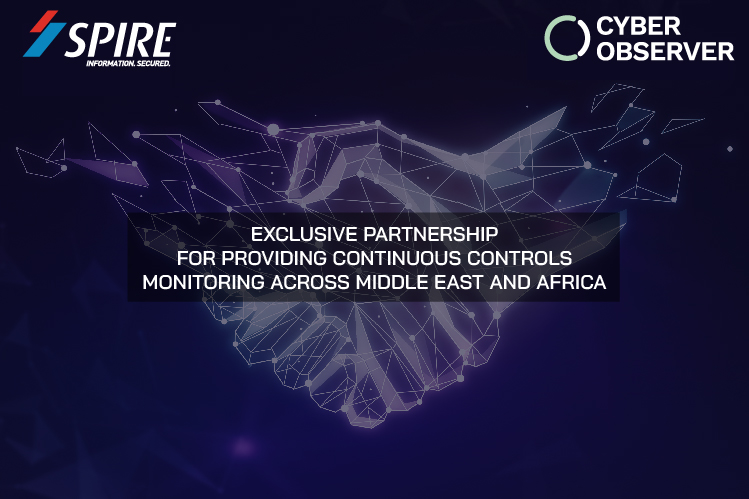 Themed “How to: Monitor, Solve and Secure!”, the roadshow by Spire Solutions and...

SolarWinds Launches Identity Monitor to Empower IT and Security Pros with Automa...

TITUS to Present on Addressing Modern Data Privacy and Security Challenges at Ga...

ENDGAME AND SANS INSTITUTE TAKE ON THE SECURITY TALENT GAP

White paper examines the trends and technologies contributing to the cyber skill...

SPIRE SOLUTIONS AT THE GARTNER SECURITY AND RISK MANAGEMENT SUMMIT

SolarWinds Backup Rated #1 in SaaS and Small Business Online Backup by G2 Before...

In a conversation with Arabian Reseller, Avinash Advani, the CEO of Spire Soluti...

Spire Solutions has signed a distribution partnership with Titus to assist organ...

SecurityScorecard, the leader in security ratings, today announced the completio...